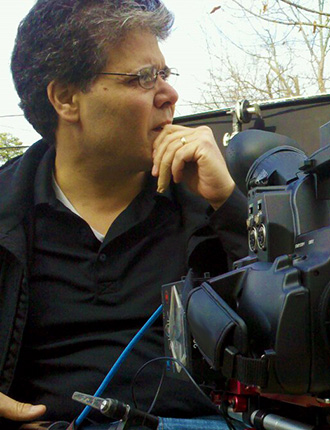 Dominic DeSantis has over 30 years of experience as a cinematographer. A graduate from New York University with a B.F.A in Arts-Film and Television, Dominic has experience with various projects ranging from political commercials to feature films, including documentaries and TV series. Dominic’s clients include National Geographic Television, HBO Promotions, Discovery Studios, and ESPN. His political work began in the early 90’s with the Clinton and Gore election and has continued since, working on Hilary Clinton’s 2008 campaign and President Barack Obama’s 2008 and 2012 campaigns. Dominic has worked on the movies of Baltimore director, John Waters, such as “Cecil B. Demented,” “Hairspray,” and “Cry Baby.” Dominic’s favorite shoots are ones involving children and dogs.

Dominic is also an entrepreneur and inventor, creating devices that will help the film industry. Dominic aspires to raise chickens and bunnies on his estate in Silver Spring, MD.